During an UNREP, supplies such as fuel, ammunition and food are sent across cables from another ship.

“An UNREP is when we refuel and replenish the ship,” said Chief Boatswain’s Mate Robert Shirley. “That’s how we get supplies when we’re out to sea for long periods of time.”

The number of times an UNREP can occur while out to sea varies on the mission of the ship, said Boatswain’s Mate 2nd Class Christopher Joseph.

With Ford being a brand new, first-in-class aircraft carrier, Sailors from deck department were anxiously anticipating the experience first-hand as Ford pulled alongside McLean.

“This is our first time doing this,” said Boatswain’s Mate Seaman Chauncey Cram. “I’ve been waiting a long time to do an UNREP, and I’m pretty excited.”

The importance of this evolution is well understood by deck department Sailors.

“This is one of the most important qualifications we need for the ship,” Joseph said.

Various factors are also considered in preparation for an UNREP to ensure the conditions support a successful evolution.

“There is a lot that goes into it that people don’t realize,” said Shirley. “Outside of rigging my stations and doing maintenance, which is the part I own, we (as a ship) also have to reach out and figure out the coordinates to be at and figure out the weather. It’s all about on-time execution and being on the same page.”

Safety is always a priority in any evolution, and recognizing the dangers and preparing for the worst is key.

“Several things could go wrong during an UNREP,” said Shirley. “This is probably the most dangerous evolution that Deck department does; it’s two ships side-by-side going through the water hooked up by tension wire. There’s always a danger. We can’t get rid of all of the danger, but we mitigate it the best we can.”

Capt. Richard C. McCormack, Ford’s commanding officer, expressed his gratitude towards his Sailors for executing a safe and successful UNREP.

“Today was a significant day for the ship and our crew,” said McCormack. “This is an important milestone in the life of the ship and I could not be more proud of how the team came together to make today’s UNREP a success.” 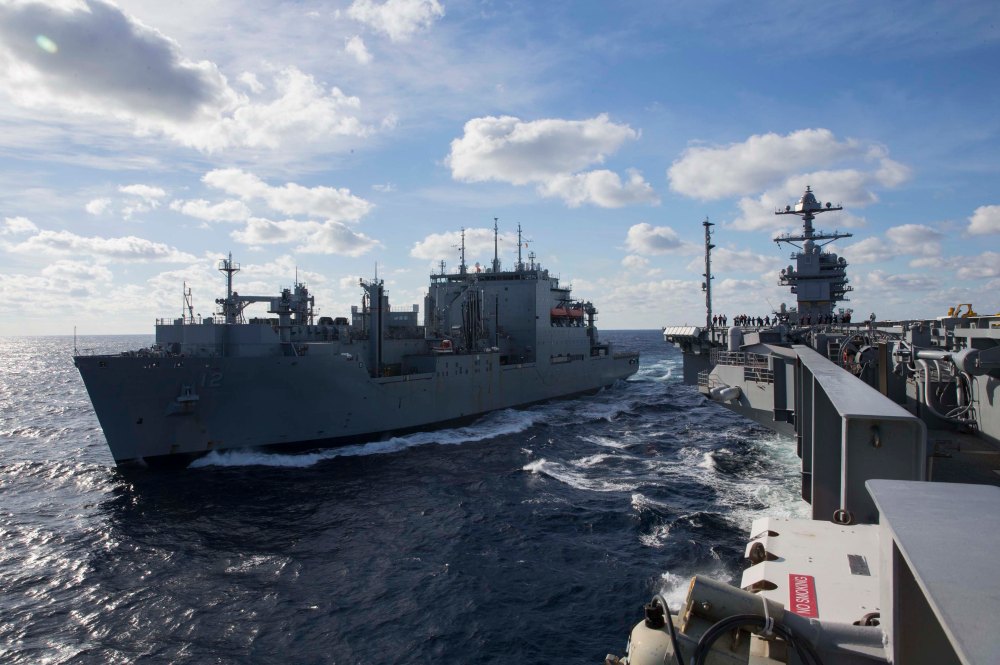