Aboard the first-in-class aircraft carrier Gerald R. Ford (CVN 78), Capt. Kimberly Toone serves as the Senior Medical Officer, responsible for the medical care of over 2,500 crew members. In addition to leading a department of 10 medical officers and 30 hospital corpsmen, she was appointed by the Navy Surgeon General as the medical community’s Aerospace Medicine Specialty leader.

Toone grew up in Plant City, Fla. She earned her undergraduate degree from Florida State, University, her medical degree from University of Florida’s College of Medicine, and a Master’s in Public Health degree from Tulane University.

Although Toone laughs when she claims that the recruiter’s promise of money to pay for medical school is what first interested in the Navy, her motivation for serving has changed.

“I enjoy taking care of Sailors and Marines,” said Toone. “I also enjoy the non-standard jobs the Navy offers.”

Although she initially trained as a pediatric intern at the medical facility in Bethesda, Md., Toone realized during flight surgery training in Pensacola that she was more interested in operational medicine. As a flight surgeon, she is required to fly four hours a month, and currently logs her required hours with Fleet Logistics Support Squadron 56 out of Oceana, Va.

Life aboard a warship is inherently dangerous, she said. In addition to the dangers of machinery and aircraft movement, there is always the risk of heat injuries, burns, falls, and fires. The Gerald R. Ford medical department’s quick response team is comprised of four corpsmen who are trained to respond to a medical emergency anywhere on the ship within three minutes, a metric that is especially noteworthy when one considers that an aircraft carrier is the length of three football fields, and has a height of 20 stories.

Because the challenges of providing medical care on an aircraft carrier are greater than those of a hospital, Toone notes that “Our corpsmen are able to do more than corpsmen ashore.”

Having been aboard the ship since 2015, Toone takes satisfaction in seeing the evolution of Ford’s medical capabilities. When fully operational, the medical team will have a full lab, pharmacy, and operating room. There is a 3-bed intensive care unit, 2-bed emergency room, and 41-bed hospital ward.

“At sea, you always have to be prepared for the worst,” said Toone. “There isn’t really a safety valve if something goes wrong – if you’re at a hospital you can call for an ambulance to transport a patient to another facility where they can receive a higher level of care. At sea, you are it.” 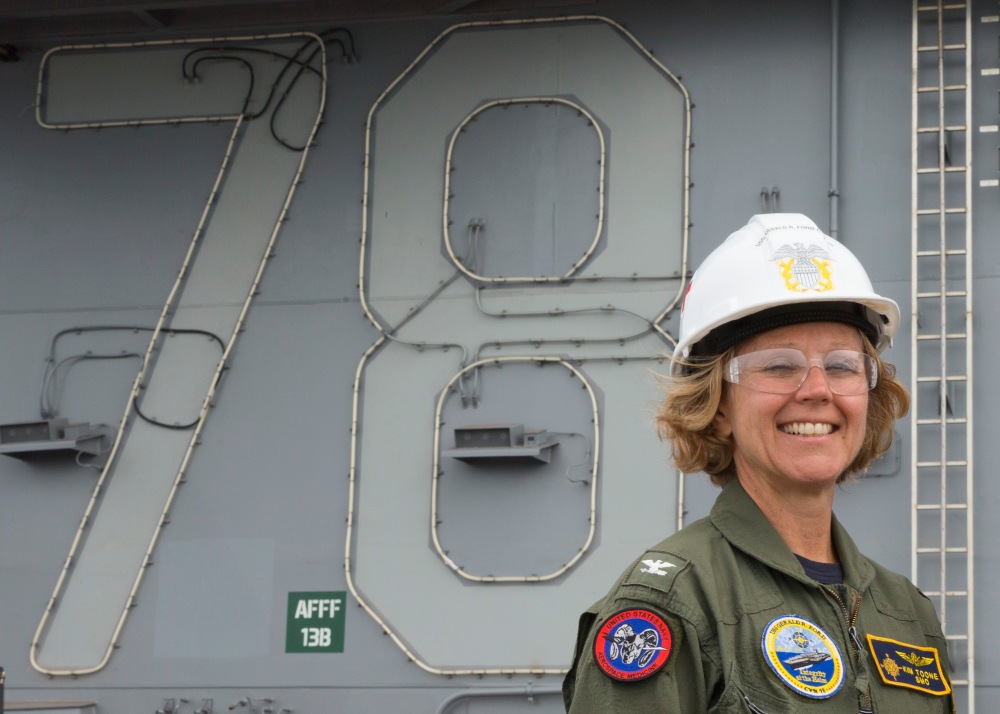